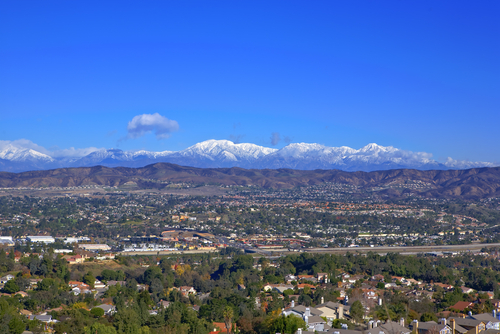 Orange County is a county in the U.S. state of California. Its county seat is Santa Ana. As of the 2010 census, its population was 3,010,232, making it the third most populous county in California, behind Los Angeles County and San Diego County. It is the sixth most populous county in the United States as of 2009 while at the same time is the smallest area-wise county in Southern California, being roughly half the size of the next smallest county, Ventura. http://en.wikipedia.org/wiki/Orange_County,_California

The county is famous for its tourism, as the home of such attractions as Disneyland and Knott's Berry Farm, as well as several beaches along its more than 40 miles (64 km) of coastline. It is known for its affluence and political conservatism – a 2005 academic study listed three Orange County cities as being among America's 25 "most conservative," making it one of two counties in the country containing more than one such city (Maricopa County, Arizona also has three cities on the list).

Orange County is the third most densely populated county in Southern California, behind Los Angeles and San Diego counties. Properties listed for sale in Northeast Orange County Real Estate are concentrated in the communities of Yorba Linda, Orange, eastern Anaheim, Villa Park and Tustin. Further to the southeast are several unincorporated areas as well. The average home prices in this part of Orange County range from $110,000 to $675,000. Just as with other areas of Southern California, home prices depend largely on exact neighborhood locations.